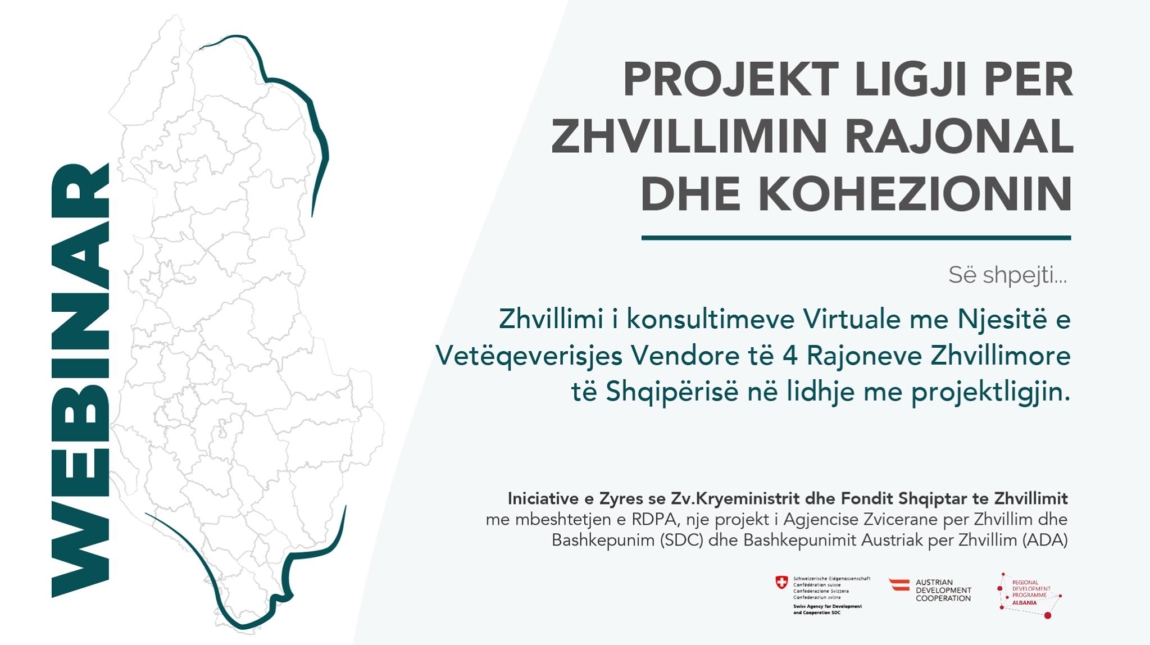 In this context, during the period May – June 2020, RDPA supported the discussion regarding the Draft Law on Regional Development and Cohesion during the consultation processes with 61 Municipalities in the 4 Development Regions of Albania, as well as representatives of 12 Regions of the country, in 5 virtual meetings.

The focus of these roundtables is the introduction to the draft Law on Regional Development and Cohesion, the implementation of the Regional Development Policy, the impact that this reform is expected to have at the central, regional and local level and the role of local institutional and non-institutional actors in promoting socio-economic development based on potentials and good use of regional resources