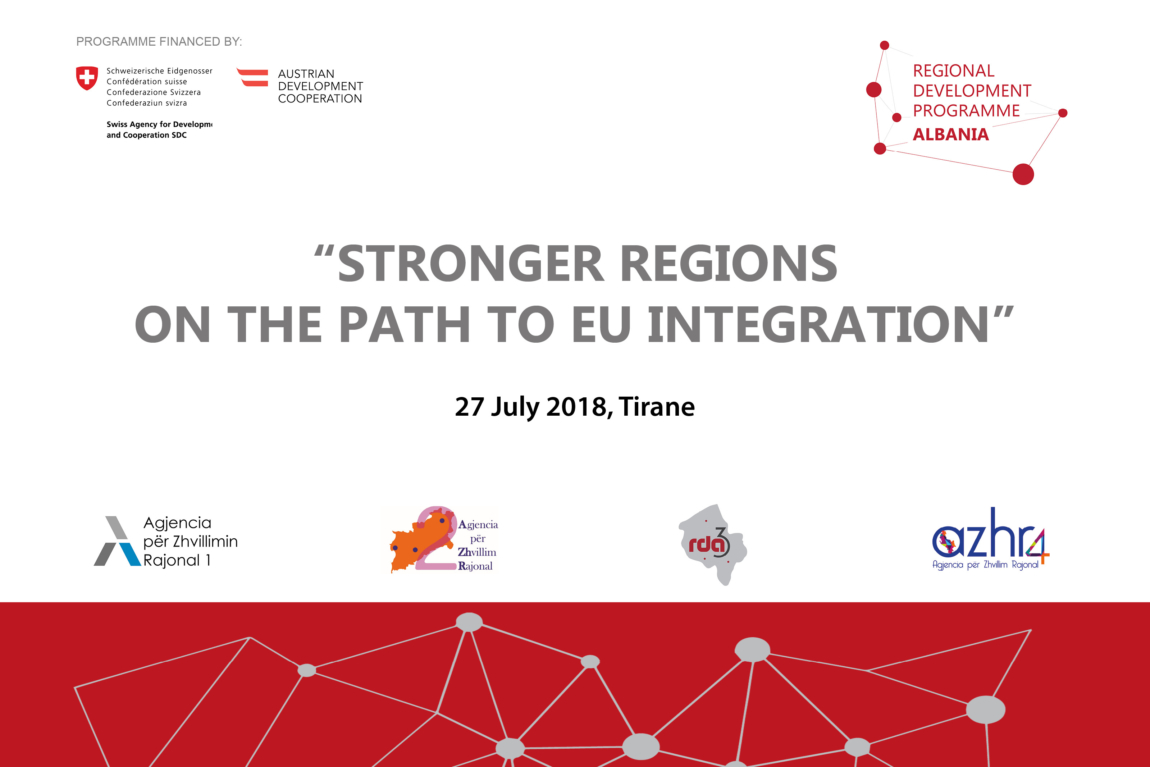 “STRONGER REGIONS ON THE PATH TO EU INTEGRATION”

On 27 July 2018 the Regional Development Programme Albania (RDPA), in cooperation with the four Regional Development Agencies (RDAs) presented  in a public event, the projects awarded under the RDPA Pilot Regional Grant Scheme, funded in Albania with 820 000 EUR,  by the Governments of Switzerland and Austria.

The event was centered on the 16 best projects from applicant Municipalities in the 4 Regional Development Areas of Albania, which will be financed and start implementation in the framework of the RDPA Pilot Regional Grant Scheme. Selected among 47 applications from the Albanian Municipalities, the awarded projects aim at improving the socio-economic conditions of the local communities by tackling small-scale local investments in education, tourism, sports, culture and community infrastructure.  Participants included Mayors of the 16 awarded Municipalities, Representatives from the Swiss and Austrian Embassies, Representatives from the central government, the Albanian Development Fund, the Directors General of the four Regional Development Agencies of Albania, and other relevant institutions.

In his opening speech Mr. Carl Heller, Team Leader of the Regional Development Programme Albania, emphasized the importance that the development of strong regions has in the process of integration of Albania in the EU. “The reduction of disparities in Albania by supporting the development of strong regions, through the good use of potentials they have, can provide better social and economic conditions for the citizens” Heller asserted.

The high interested of municipalities in this funding opportunity confirms once again the need for donor’s support at both local and regional level to support the progressive development of regions throughout the country in a sustainable way.

Mr. Phillipp Keller, the Chargé d’Affaires a.i. of the Swiss Embassy to Albania, addressed the audience by greeting the selected Municipalities in the framework of the Pilot Regional Grant Scheme. “The Pilot Regional Grant Scheme also emphasizes another important cornerstone of Swiss engagement in Albania. We strongly support the decentralization process and bottom-up approach in governance in the country. Regional development should be considered as a continuation of the Territorial and Administrative Reform and as deepening the decentralization process,” Keller declared.

The Ambassador of Austria to Albania, H.E. Johann Sattler, also addressed the event. He emphasized the importance of an institutional and legal framework to be enacted at the soonest.

On behalf of the Albanian Municipalities, selected to implement the RDPA grants, the Deputy Mayor of Tirana, Mr. Arbjan Mazniku addressed the audience, recalling the effort made by each Albanian family to improve by small steps the home infrastructure, and stressed that local structures are called to do the same and they are grateful to the donors for their invaluable support.

She observed that for the first time the Regional Development Agencies of Albania have relevant grant management functions with responsibilities for the selection, assessment and monitoring of regional development projects, based on instruments mirroring the European Union’s good practice, which will contribute to the EU integration process of Albania.

The activity followed with the presentation of the 16 awarded projects (CLICK HERE FOR THE PRESENTATION) from the municipalities in the four Regional Development Areas of Albania to be financed and implemented in the framework of the Pilot Regional Grant Scheme. Mr. Heller concluded the meeting wishing all Municipalities to proceed swiftly with implementation of their grant contracts, in confidence that the bodies of the central government shall continue supporting the process. 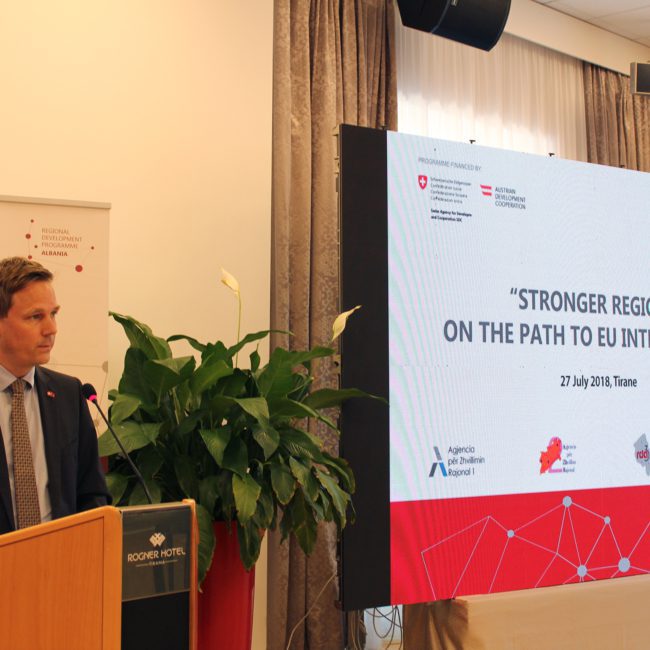 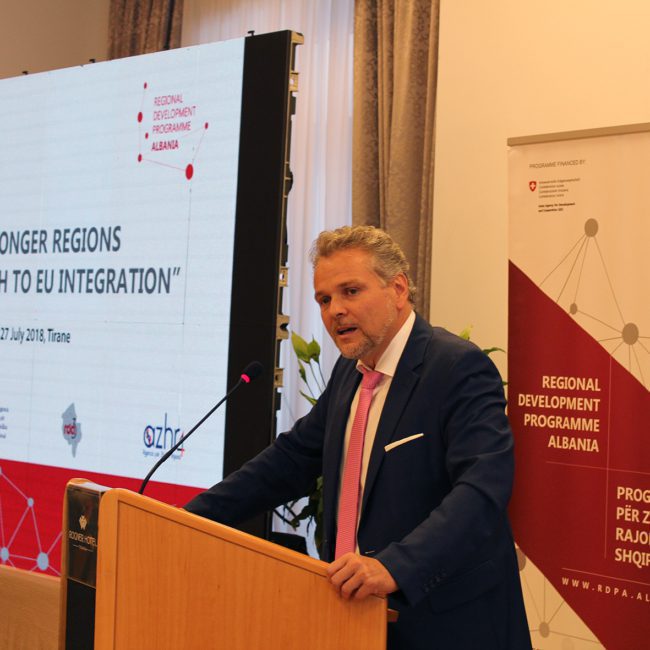 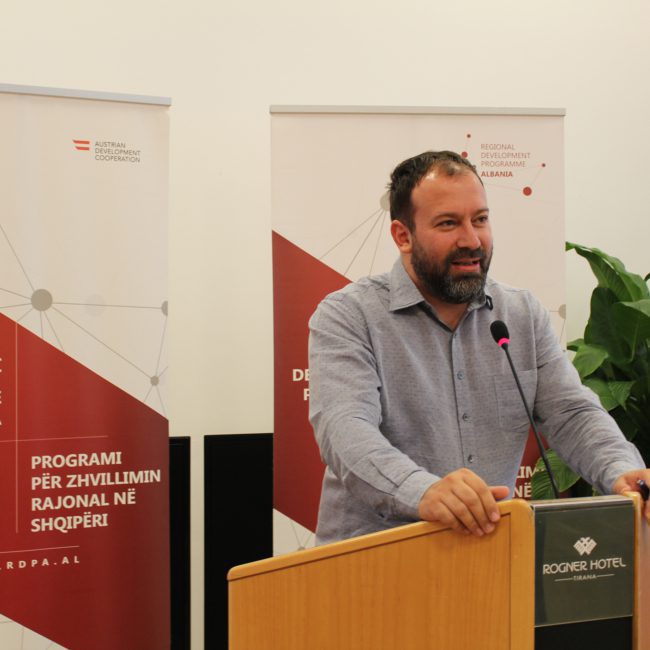 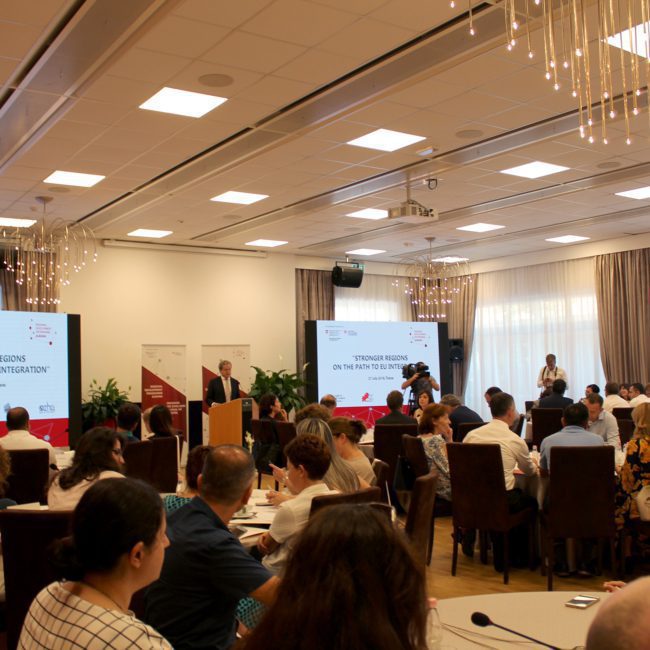 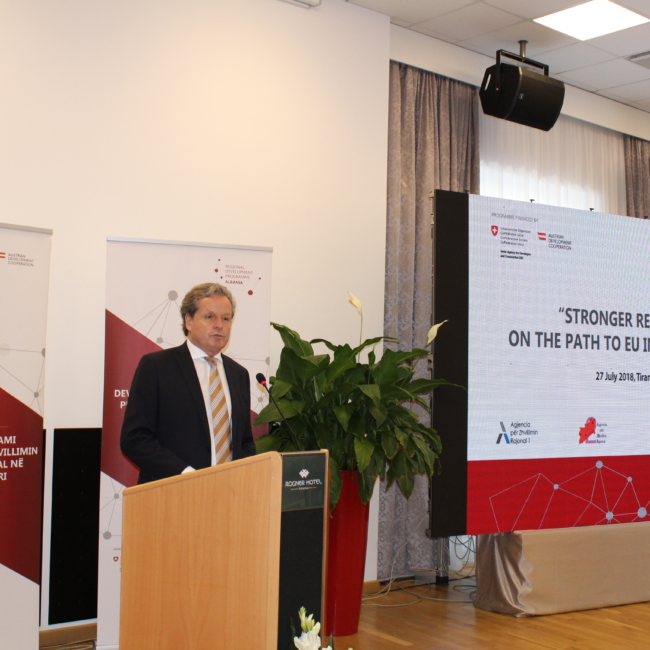 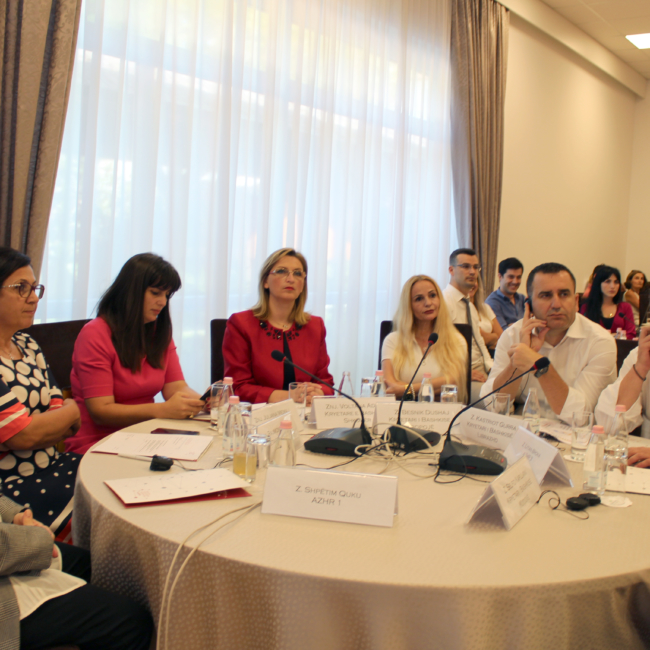 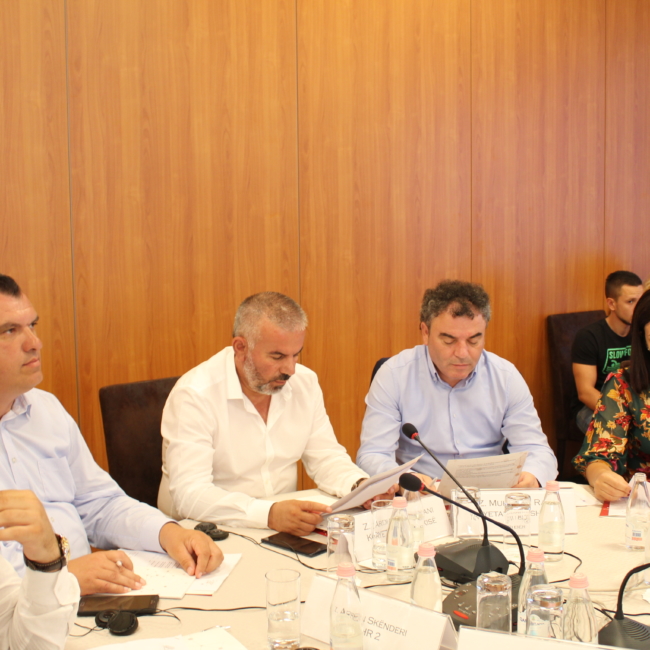 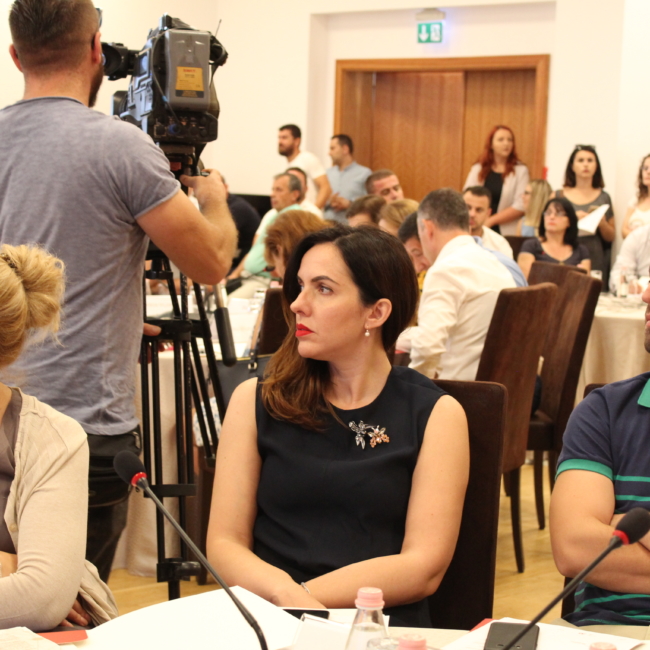 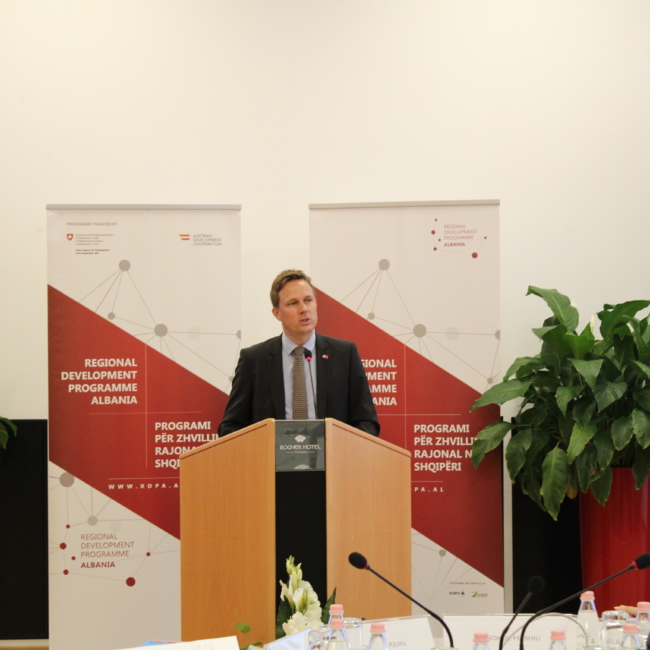 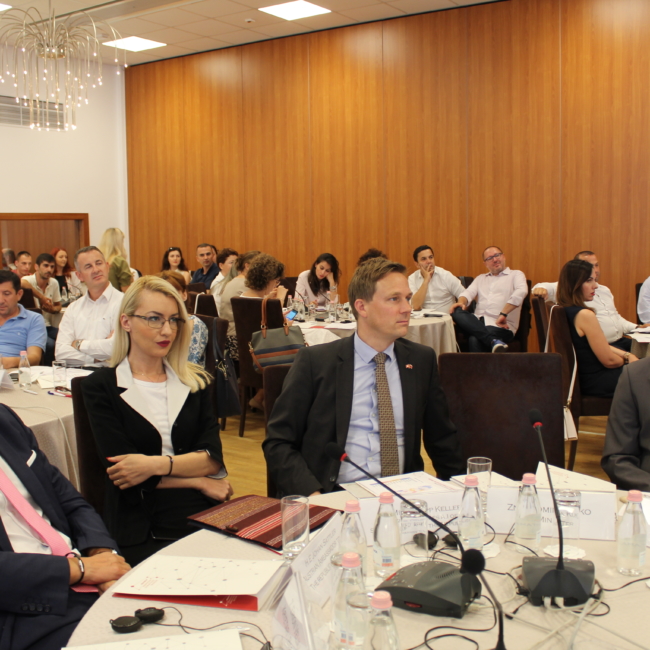 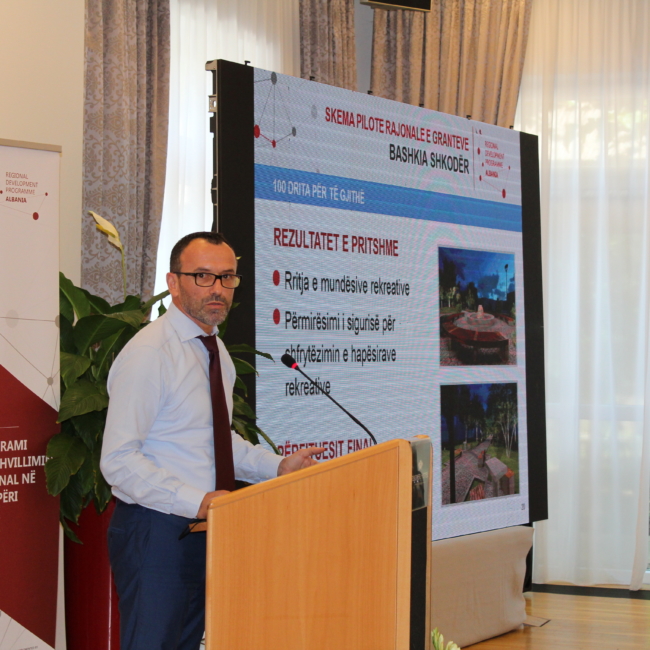 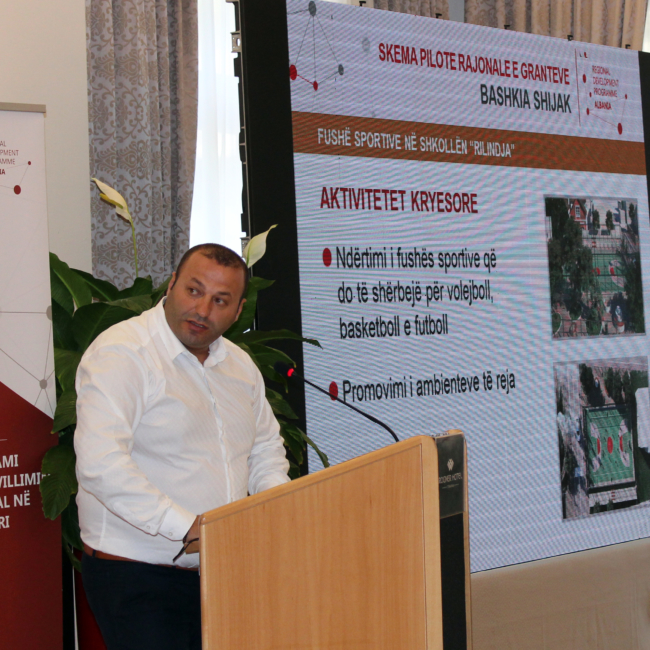 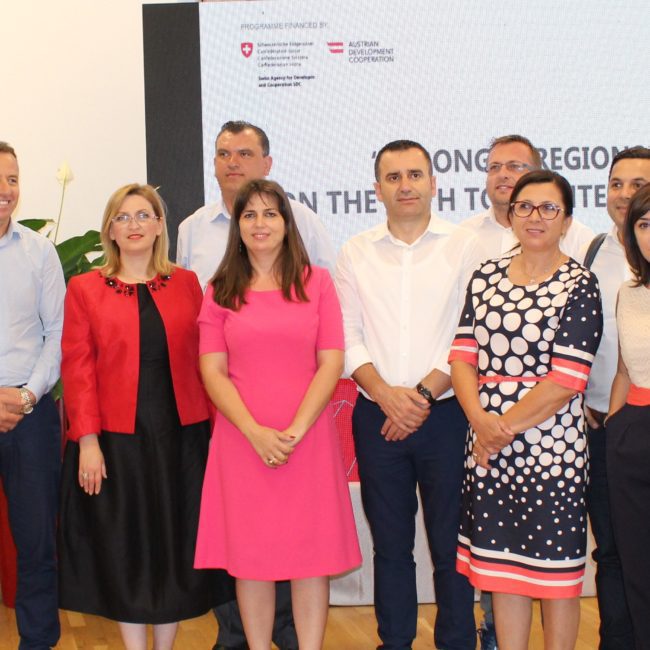