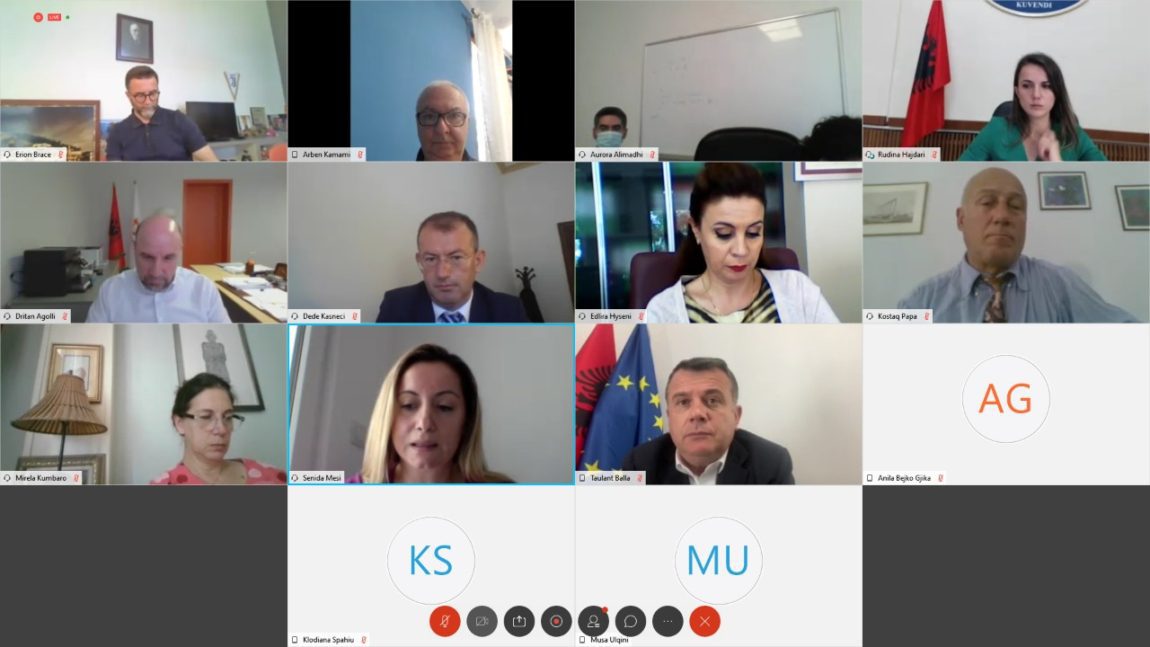 The Commission for European Integration, chaired by Mrs. Rudina Hajdari in the virtual meeting of July 22 reviewed and approved two draft laws “On regional development and cohesion”, drafted by the Office of the Deputy Prime Minister and the Albanian Development Fund (ADF) with the support of the Swiss and Austrian Governments Program for Regional Development in Albania .

During the discussions, Mr. Brace said that “This draft law presented by the Albanian government, very important, was drafted by the Office of the Deputy Prime Minister and the Albanian Development Fund, with a very wide range of development investments in the territory of the Republic of Albania with the assistance of the Austrian and Swiss governments, which have consistently assisted the Albanian government in completing the territorial administrative reform. This will serve the regional developments and the use of our natural spaces, to fight the great inequalities, in order to develop all the regions in our territory “,

After discussions, the committee approved in principle and in full the draft law.